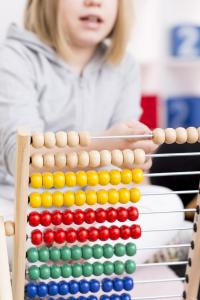 How Common is Autism?

In 2018, a Centers for Disease Control (CDC) report estimated about 1 in 59 children have been diagnosed with autism spectrum disorder (ASD).   The Autism and Developmental Disabilities Monitoring Network (ADDM) collects and reviews the health and educational records of 8 year old children from 11 participating states.  Missouri participates in the ADDM.  This prevalence rate was based on 2014 data.

While the overall prevalence of ASD was 1 in 59 children, the prevalence varied among the 11 participating states ranging from 1 in 76 children to 1 in 34 children.  In the study, Missouri’s prevalence was about 1 in 71 children.  The prevalence of ASD has increased by roughly 60% since from 2000 (1 in 150 children).   It is not clear if the rise in ASD diagnosis is due to better detection and reporting, actual increases in ASD in children, or a combination of both.

There are limits to the ADDM study.  The states participating in the ADDM study do not provide a representative sample of the entire state or the entire United States.  For example, Missouri’s participating site is Washington University which reports data from 5 counties, including metropolitan St. Louis. Due to these limits, it is possible ASD could be undercounted.

Additional studies conducted in 2016 estimate the prevalence of ASD at 1 in 40 children.  These estimates are based on the National Survey of Children’s Health and the National Health Interview Survey.  These surveys rely on parental reports but do not include the review of verifiable medical records.

Are Specific Groups at Higher Risk?

The CDC study found that ASD occurs in all racial, ethnic, and socioeconomic groups.  Current data suggests ASD occurs more frequently in non-Hispanic white children.  In addition, ASD is about 4 times more common in boys than in girls.

Data from the participating states and new research studies are beginning to show the racial and ethnic differences in ASD may not be as large as previously reported.  Nationally, disparities in the evaluation and diagnosis of ASD across racial backgrounds persists.  However, ASD diagnoses are increasing among black and hispanic populations.  Likewise, rates of ASD diagnosis among girls is also increasing.

Are There Specific Risk Factors for Autism?

Research suggests ASD develops from a combination of genetic and environmental influences.  Research also suggests that ASD can run in families.  Certain factors may increase a child’s risk for ASD, including;